Curfew begins in all regions of the Kingdom 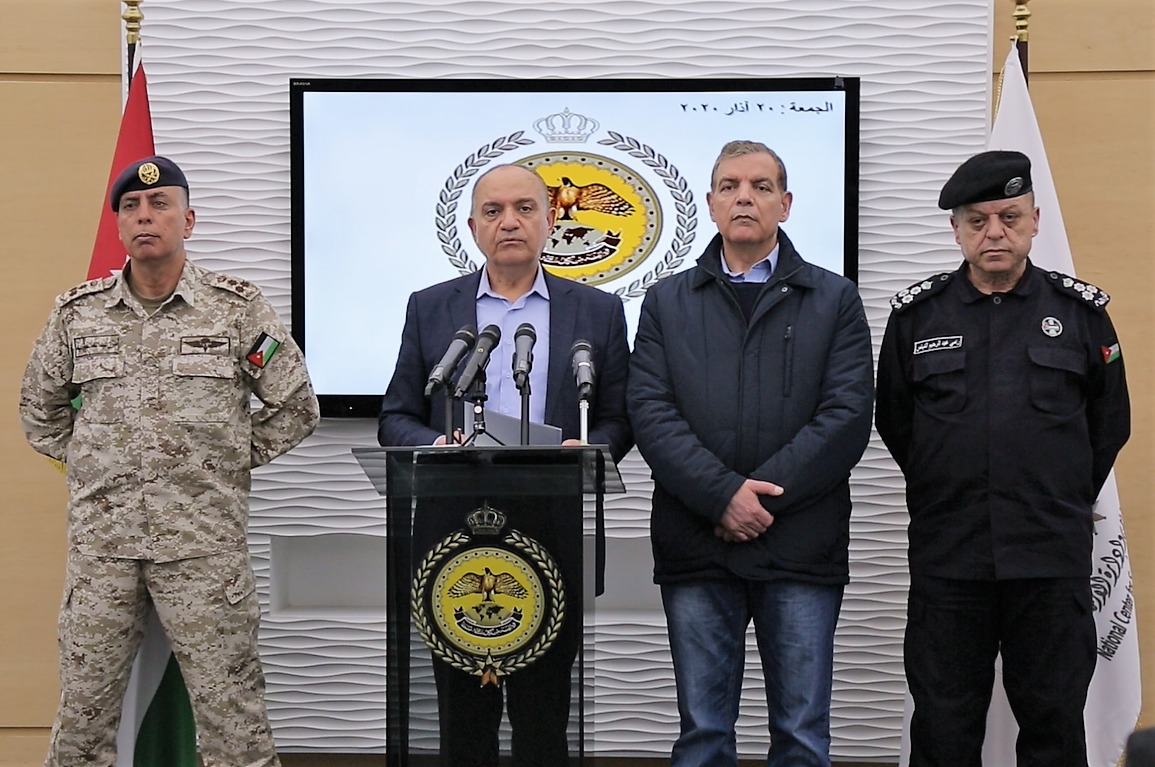 Amman, March 21 (Petra)- The curfew has come into effect in all regions of the Kingdom at 7 a.m. Saturday, when sirens were sounded to alert and warm citizens that the curfew has begun according with Defense Order No. (2) for 2020, which prohibits movement of people, and closes all stores in all the kingdom's regions, with the aim of protecting citizens and maintaining their safety.

The Prime Minister and Minister of Defense, Dr. Omar Razzaz, has issued Defense Order No. (2) for 2020, in accordance with the provisions of Defense Law No. 13 of 1992, with the aim of protecting citizens, maintaining their safety and health, and preventing the spread of the novel coronavirus.

According to the Minister of State for Media Affairs, the government’s official spokesperson, specific times will be announced on Monday, during which citizens will be allowed to go out to meet their essential needs, according to a mechanism to be announced then.

Whoever violates the provisions of the Defense Order and the circulars issued by the Prime Minister and the Minister of Defense pursuant to it, shall be liable to immediate imprisonment for a period not exceeding one year.